by Elena Giavarini
in Ispiration, Outdoor 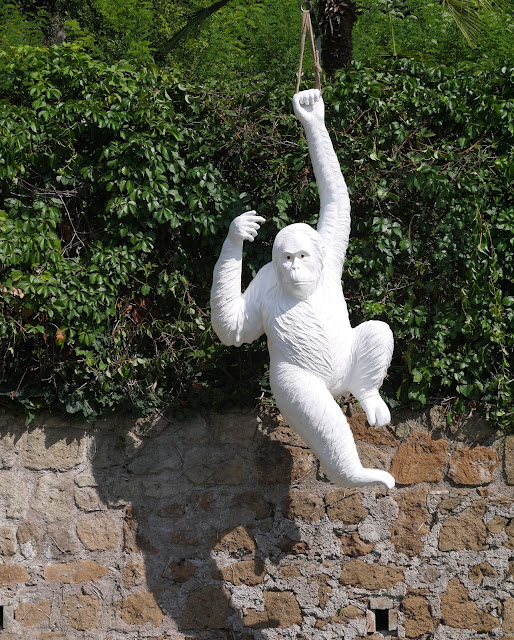 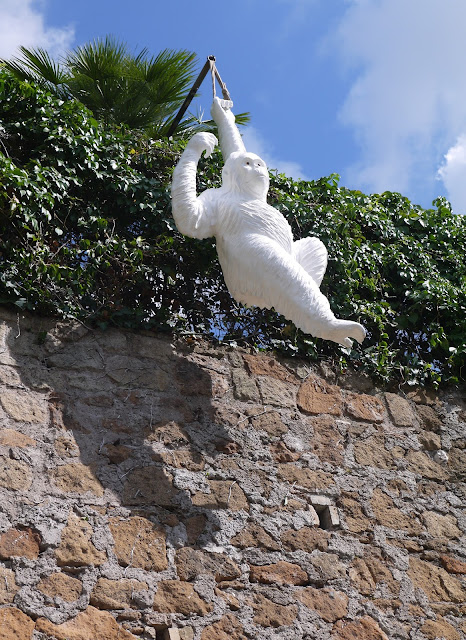 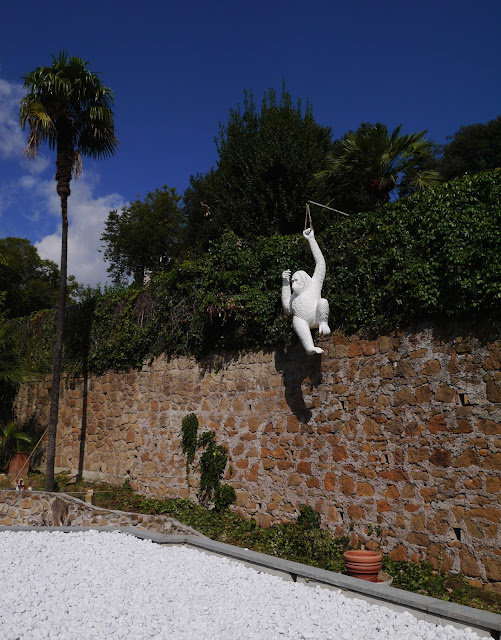 When I’ve received the email from Igor and Judith with the February Urban Jungle Bloggers challenge, I immediately thought about my sister’s incredible garden and the massive jungle white animals that inhabit it.
She bought the crocodile and the chimpazee, together with some pink flamingos not pictured in the photos, in Sluiz, a must-see concept store in Ibiza. The animals were originally green but she had them painted in white to make them visually contrast against the sky (thankfully often gloriously blue in Rome) and the plants.
I don’t think the cohabitation between jungle animals and jungle (Mediterrean) plants can be represented better! 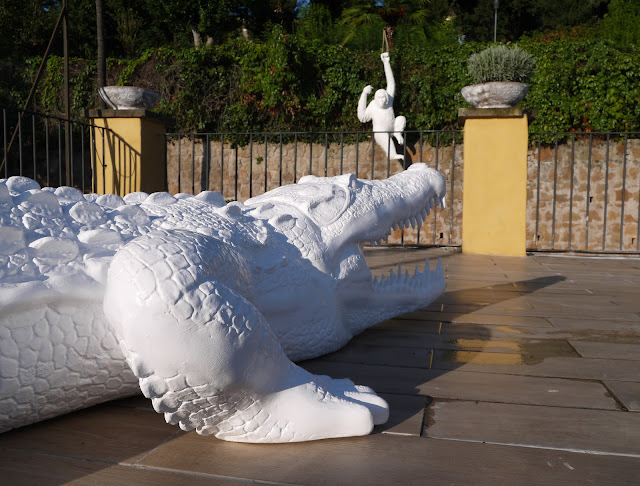